Warning: "continue" targeting switch is equivalent to "break". Did you mean to use "continue 2"? in /homepages/27/d162699128/htdocs/societyfilms/wp-content/plugins/revslider/includes/operations.class.php on line 2722

Warning: "continue" targeting switch is equivalent to "break". Did you mean to use "continue 2"? in /homepages/27/d162699128/htdocs/societyfilms/wp-content/plugins/revslider/includes/operations.class.php on line 2726

Warning: "continue" targeting switch is equivalent to "break". Did you mean to use "continue 2"? in /homepages/27/d162699128/htdocs/societyfilms/wp-content/plugins/revslider/includes/output.class.php on line 3624

Warning: "continue" targeting switch is equivalent to "break". Did you mean to use "continue 2"? in /homepages/27/d162699128/htdocs/societyfilms/wp-content/themes/jupiter/framework/includes/minify/src/Minifier.php on line 227
 MARIE CURIE. THE COURAGE OF KNOWLEDGE, a fascinating story of the two time Nobel Prize winner opens in Lincoln Plaza Cinema & Angelika Film Center in New York on Friday, June 30th – Society For Arts – Society Films 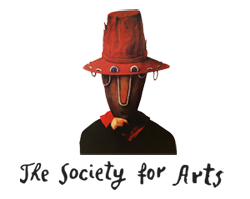 A new feature film by Marie Noelle MARIE CURIE. THE COURAGE OF KNOWLEDGE, a fascinating story of Madame Curie, the only two time Nobel Prize recipient, courageous woman and legendary Polish physicist and chemist will open in Lincoln Plaza Cinema and Angelika Film Center in New York City on Friday, June 30, 2017. The French-Polish-German co-production will have its national limited release in major U.S. cities.

That inspiring tale of tenacity and female empowerment turns out to be surprisingly relevant and particularly important today. Director’s masterful focus is on Curie’s private life, especially her romantic passion, fearlessness and perseverance. A poignant love story shows a beautifully crafted portrait of the visionary and women’s right champion when she struggles for acceptance in a male-dominated academia in turn-of-the-century Paris.

The most turbulent five years in the life of a genius woman between 1905, when Marie Curie comes with Pierre Curie to Stockholm to be awarded the Nobel Prize for the discovery of the radioactivity and 1911, when she receives her second Nobel Prize.

1906. Pierre Curie is run over by a horse-drawn carriage and tragically dies on a Parisian street. Marie’s unique marriage and happiest lifetime is destroyed in one go. Left alone with two young daughters, the widow has responsibilities that would overwhelm the strongest man but she faces her duties with greatest courage as a mother and a scientist. Despite her sorrow, she continues the work that she began with Pierre, taking especially the “Curie-therapy” they developed against cancer to great heights. But science is primarily a man’s world and Marie’s audacity is not well seen by everybody. As she embarks on passionate affair with the mathematician Paul Langevin, she provokes a huge scandal and the tabloids drag her name through the mud. Alarmed by all the malevolent headlines, the Swedish Nobel Academy, who wanted to award her a second Nobel Prize (making her the first person ever to receive two), forbids her to drive to Stockholm to fetch her award. Doesn’t a woman in love earn recognition for her work?

Years later Marie founds the Curie Institute that changed the face of cancer treatment and is today the most successful research center in France. The fate of the Curie and Langevin families remained in the future intertwined: two generations later the granddaughter of Marie, Helene Curie, and the grandson of Paul, Michel Langevin, both scientists, would fall in love and marry.

Incredibly talented Polish actress Karolina Gruszka is giving a thrilling performance, and the movie is also starring Charles Berling, Arieh Worthalter, Daniel Olbrychski. A running time is 95 min. The film is in French with English subtitles.

The Curie biopic premiered at the Toronto International Film Festival and played to full houses at number of prestigious international festivals, including San Francisco and Washington, DC.